Bremen, September 2016. Motor vehicle license plates are as a daily companion a familiar sight in road traffic. Hardly any vehicle owner thinks about the small sheet metal, except when choosing a customised registration number. There is an interesting history and great potential for the future behind the licensing plate, which was introduced to Germany at the beginning of the 20th century. Where this journey may take us, shows the example of the new RFID-based registration plates of the company TÖNNJES E.A.S.T. The next generation of technically upgraded license plates offers completely new possibilities for theft protection and information, within the scope of more justified traffic monitoring or for the use of automatic barrier systems.

The history of the license plate starts in Germany with the start of the 20th century. Traffic increased drastically and thus also the number of hit-and-run drivers. To contain this offence, the German Reich introduced in 1906 for the first time uniform license plates for motor cars, motorcycles and lorries. The licensing system in force in Germany today, was introduced in 1956. At the front side, there is a DIN test and monitoring symbol and a corresponding registration number. An innovation at the end of the 80s ensured better readability. License plates made from aluminium with a special retroflective film was used. “This is not just a matter of having any license plate. The technical possibilities with regard to protection against counterfeiting, material, printing and presentation have improved enormously”, says Olaf Renz, Managing Director at TÖNNJES E.A.S.T.

The manufacturer from Northern Germany opens a completely new chapter with the further development of license plates with RFID chips. The chips contain an encrypted code and can be activated via a reading device. A look at the practical test at the military base Oirschot in the Dutch province of Nordbraband shows that safe identification of vehicles is possible also in case of unfavourable weather conditions such as rain, snow or fog and with dirty license plates. The test run will be continued until the end of the year and then evaluated. This development could inaugurate a new era for the history of the license plate. “At present there are different approaches for planning motor car mobility. With increasing traffic density, it becomes more and more important to install good systems against counterfeiting and for safe identification of vehicles”, describes Olaf Renz the new challenges for state and administration. The system developed by TÖNNJES E.A.S.T. is already used in countries around the globe. Apart from the Cayman Islands, Honduras and Latvia are also using the new license plate technology from Germany. 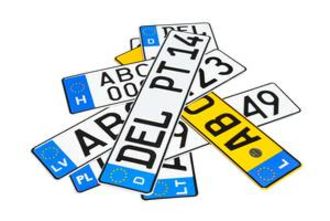