Made in Germany, from the Andes

In La Paz, a German company is producing vehicle number plates for Bolivia

Delmenhorst/La Paz, November 2020. Nearly 4,000 metres above sea level, in the middle of the Andes, sits La Paz. This city of 757,000 inhabitants is the seat of the Bolivian government. Here, in a local factory, all number plates for this landlocked South American country are produced – with
German support. As early as 2007, TÖNNJES, a specialist in vehicle recognition, founded a local joint venture to produce number plates for Bolivia. The company has now been awarded an additional contract: despite the Corona pandemic, the local branch will be producing and
personalising all vehicle number plates for the country until May 2022.

Instead of exporting the finished number plates to South America, TÖNNJES relies on a subsidiary in La Paz. The market leader has already taken this approach many times. The company is part of local joint ventures at around 50 locations around the world. A win-win situation, which has become particularly evident in the era of the coronavirus. “Although we have to struggle with various lockdowns, the individual production facilities are largely able to work independently. We have well-trained employees and partners on site who take on the responsibility”, explains Olaf Renz, Managing director of TÖNNJES. The company also tries to keep transport distances as short as possible. “The blanks that we process into number plates in La Paz, for example, come from our plant in Panama.”

In the Andes, ten people are employed in production, making number plates for the entire country. Watermarks and a reflective film are used for this process. Nowadays, the number plates in La Paz are coloured by hot stamping. “That hasn't always been the case”, says Renz, remembering how it all began in Bolivia. “When we started here in 2007, we had to fight for a special permit to use the paint thinner, because in South America it is often used to produce cocaine and its use is therefore strictly controlled.” Nowadays, the process is significantly less complicated and more environmentally friendly. The North German company has been producing and selling its technology and know-how abroad for several decades. Regardless of the level of development of a country or existing approval procedures, TÖNNJES integrates itself into existing systems and, as a system provider, provides support in everything from software to administration to production technology, doing so at all levels of vehicle identification. TÖNNJES also specialises in electronic vehicle recognition and, with the IDePLATE system, has developed innovative hardware and software based on RAIN RFID, enabling the contactless and unique identification of vehicles. This serves to prevent crimeand paves the way for a number of smart mobility applications. 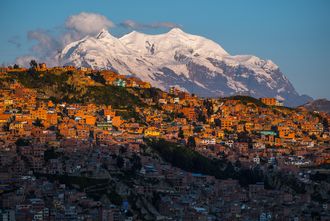