Vehicles are detected with outdated methods

Bremen, April 2017. After long disputes, the intention turns reality: The majority of the members of the Bundestag have voted on March 24 for the introduction of the much-discussed motor vehicle toll. In the future, motorists are to pay the infrastructure fee yearly by means of direct debit. However, there will be no changes to the vehicle itself. The government will do without adhesive vignettes, like for example in Switzerland. Controls are made at random and only by means of comparison of registration number. “This method makes fraud and abuse very easy”, says Dietmar Mönning, Managing Director of Tönnjes E.A.S.T.. “The detection could be fairer and safer by means of digital license plates as well as windscreen stickers called IDePLATE® and IDeSTIX®. They are equipped with RFID chips containing an encrypted and individual number.” Only authorised reading devices can receive it and confirm if the license plate really belongs to the car.

“Fair, sensible and just” called Transport Minister Alexander Dobrindt the newly decided toll. “One can certainly not speak of fairness here”, says Dietmar Mönning. It would only exist if misuse of license plates would no longer be possible. The numbers make clear that there is still a long way to go. According to the Allgemeine Versicherungen AG (ARAG), 400 license plates are stolen daily; this adds up to 160,000 per year. “A considerable sum that must not be ignored when planning a toll”, says Mönning. When a thief has struck, this does not only mean up to 100 Euro for the replacement and annoying dealings with authorities for the persons concerned. Mönning: “Whether fuel theft at the fuel station, the avoidance of tickets or soon also the bypassing of the toll - the mere observation with cameras has many weak points.” As long as the registration number does not become digital, however, nothing will change.

“The vehicle owner enjoys double security with our RFID-based system”, explains the Managing Director. “Thanks to the IDeSTIX® on the windscreen, the reading devices can detect immediately if the license plate belongs to the car or not.” Since it gets destroyed when removed, it cannot be used in other vehicles. A look across the European borders shows that this system works: Countries like Peru, Kenya or the Cayman Islands already trust in the modern technology from Tönnjes E.A.S.T. The authorities there have decided, to use IDePLATES® or IDeSTIX® at national level, and protect themselves, and the car owners, from fraud in this manner. The Delmenhorst company delivers the license plates and windshield stickers that are personalised locally. “If the Federal Government is open to a motor vehicle toll, it should also consider new methods when it comes to the implementation”, says Mönning. 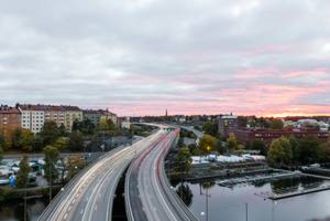