If section control, then in the best possible way

“If section control, then in the best possible way”
License plates with RFID chip from Lower Saxony significantly improve the detection quote

Bremen, June 2016. In the past year, around two and a half million traffic accidents were put
on the record - 4.2 percent more than in the previous year. 305,900 persons were injured,
3.475 of them died. One of the main causes of accidents: inappropriate speed. For years, police
and Ministry of Transport have been looking for possibilities to catch speeders. Stationary and
mobile radar traps are only partially effective, since the locations are often known. Especially
on routes, where accidents happen frequently, a new technology called “section control”
should provide relief in Germany. It determines average speeds of the vehicles over a longer
distance. The first installation of this type will be put into operation shortly on the federal
highway 6 between Gleidingen and Laatzen in Lower Saxony. On the 2.1 kilometre, long pilot
stretch there is a total of six speed cameras, which determine the drivers’ speed. After a test
phase of 18 months, section control could then also be used in other federal states. However,
in case of rain, snow or dirty license plates, the camera-based system quickly reaches its limits.
The Lower Saxon company J.H. TÖNNJES E.A.S.T. offers now a solution with its additional RFID
chip technology. This could significantly increase the detection quota of the planned section
control.
“If section control, then in the best possible way”, says Dietmar Mönning, Managing Director at
TÖNNJES. “Section controls are a good solution to act preventively against traffic accidents in
connection with speeding. However, there is still room for improvement.” The company J.H.
TÖNNJES E.A.S.T. from Delmenhorst therefore has developed with the IDePLATE, in addition to
the camera-based section control, a product that ensures sure identification of vehicles in any
weather. The designation IDePLATE stands here for car license plates equipped with a readable
RFID transponder (radio-frequency identification). It contains a unique and unchangeable
identification number that can be transferred by means of latest crypto chips in an encrypted
manner. Sure, identification takes place with authorised reading devices also in case of bad
weather conditions or dirty license plates. Reading is done either stationary or mobile. The
IDeSTIX ensures added security - a holographic label with integrated RFID chip. This label is
attached to the inside of the windscreen and cannot be removed without being destroyed in
the process.
Austria had a section control already installed in 2003 on the A22 in the Viennese
Kaisermühlentunnel. According to the operator Asfinag, the number of accidents decreased by
around 50 percent within ten years. There were no more fatalities. The average speeds also
reduced for motor cars by 10 km/h and for lorries by 15 km/h. Different from the planned test
tracks in Lower Saxony, the Kaisermühlentunnel protects the Viennese section from bad
weather conditions. These useful framework conditions are not offered by the test section on
the B6 in Lower Saxony. A use of the additional RFID chip technology by police and Ministry of
Transport is not yet planned in Lower Saxony. With an average of 121 rainy days per year in
Germany, this could, however, soon prove to be a sensible addition. 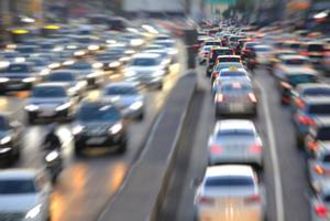