Delmenhorst/Turin. The Instituto Poligrafico e Zecca Sarl (in short IPZS) in Rome is assuming the centralised production of security documents such as driving licences or vehicle registration plates in Italy. Such a state mint is unique in the European Union. To guarantee the permanent supply of licence plates and to modernise the processes, the IPZS decided in 2017 to build a new factory in Verrés near Turin. IPZS commissioned TÖNNJES to build the production facility. The Delmenhorst-based company used specially designed manufacturing modules and its licence plate technologies, such as the IDeROBOT, to develop the world's first fully automated manufacturing plant that handles all work steps from the production of the blanks to the embossing of the licence plates and packaging. The integrated control software also reduces the potential for errors and protects against manipulation.

CTA: Read more about the project in our case study. 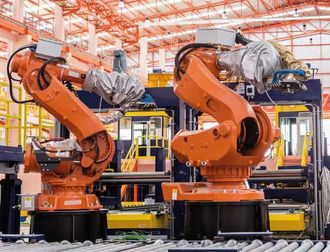