Electric cars in Latvia charged for free using the IDePLATE

Electric cars in Latvia charged for free using the IDePLATE

Delmenhorst / Riga, October 2017. The European Commission is working on a new bill to limit CO₂ emissions from cars. This may not include a quota for electric cars, but the EU shall continue to subsidise projects that enable the transition from petrol and diesel to electrical power. One such project can be found in Latvia: Since 2016, the authorities in the Baltic Republic have been fitting all electric vehicles with a so-called “IDePLATE” during registration. Tönnjes E.A.S.T. from Lower Saxony is the company commissioned by the Latvian Ministry of Transport to manufacture these vehicle licence plates, which at first glance look like ordinary number plates. However, they contain an RFID chip that should enable free charging in the future. “As soon as an electric car stops at a suitable charging station, an LED light will signal whether the IDePLATEs has been recognised”, explains Dietmar Mönning, the Managing Director of Tönnjes E.A.S.T., adding: “Vehicle owners will also have to enter a PIN number to protect against theft, and then the battery will start charging right away”.

The amount of electric cars registered in Latvia, with its population of just under two million, is still manageable. “The problem does not lie with the technology, but rather a lack of infrastructure”, says Mönning. In his view, Europe’s greatest challenge is to create a larger and more consistent charging system. “With the IDePLATE, we’ve developed the perfect technological basis for vehicle identification”. He believes it is now up to local authorities to install more charging stations in public places. The RFID plate also has other functions: “Not only does it enable contactless authentication; it also makes it possible to monitor the entry of approved vehicles in low-emission zones and allows cars to use certain parts of the road, like bus lanes, without the need for extra equipment”, he explains. Unlike older vehicle identification methods, such as camera-based systems, RFID plates are not affected by adverse weather conditions or visibility and are more secure.

Tönnjes E.A.S.T. has been delivering car licence plates for many years in the Eastern European state. It has also been supplying a windscreen sticker that acts as a “third licence plate”. This holographic sticker identifies a number plate as belonging to the vehicle, thus protecting against theft and misuse. Just like with the blank plates used for standard licences, the IDePLATE is manufactured in Germany before being printed and personalised by Tönnjes at its Latvian branch. This gives the integrated RFID chip a unique and encrypted identification number which complements the alphanumeric data and can only be detected by authorised readers. Mönning believes this pilot project could become a model for other countries: “Electromobility demands all kinds of modern, innovative technology, so why not start with the number plate? After all, it is a car’s passport”. 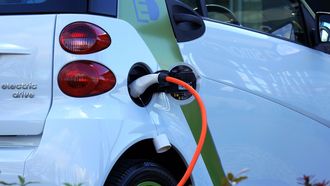