Delmenhorst / Rome, November 2017. The Government Printing Press of Italy, the Instituto Poligrafico e Zecca dello Stato (IPZS), has commissioned the Delmenhorst based company Tönnjes E.A.S.T. to build the world’s first fully automated car license plate production. At the new location near Turin, around six million number plates will be manufactured per year from the end of 2018. “A high-tech factory is being built”, explains Holger Lang, Managing Director at Tönnjes E.A.S.T. and adds: “The special feature lies in the complex, automated interlinking of all work processes - keyword industry 4.0.” In Italy, the printing of all security documents, such as passports, number plates, bank notes or driving licenses is centralised and in the hands of the state - this is unique in the European Union. The IPZS with headquarters in Rome is wholly owned by the Italian Ministry for Economy and Finance.

There will hardly be any people in the new factory. Instead you will encounter a tactical combination of machines, logistics and software - the state-of-the-art car license plate production is the new flagship of Tönnjes. “All components used in Italy hail from our range of machines for the production of license plates. For the first time, however, they will be all digitally connected with each other”, explains Lang. The end result can be divided into three work modules. First of all, the license plates are cut to size, then robots emboss their alpha numerics. In the end, further robots join plate pairs, shrink-wrap and pack them. The digitalisation of the processes permits the plant manager to be always informed in real time about the current production status.

However, the Italian license plates themselves will not change. “We always guarantee that the standard prescribed by the government is maintained”, emphasises Lang. Built-in quality controls directly sort faulty plates. “Each number plate receives its own identification number during production. This allows the authorities to track later, when it is already on the road, when it has passed through which production step”, he explains. This protects against manipulation. The IPZS had advertised the job with a budget of nine million Euro already in 2016. After an extensive application and regular talks on site, both parties signed the contracts in October. “We are happy to have found an innovative partner with long-standing experience and current, technical know-how with Tönnjes E.A.S.T”, says Ivo Planeta, Technical Manager of the IPZS. 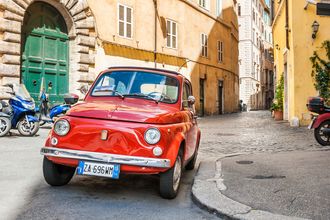